Aerosmith with the Stanley Cup in Pandora's Box - 2011 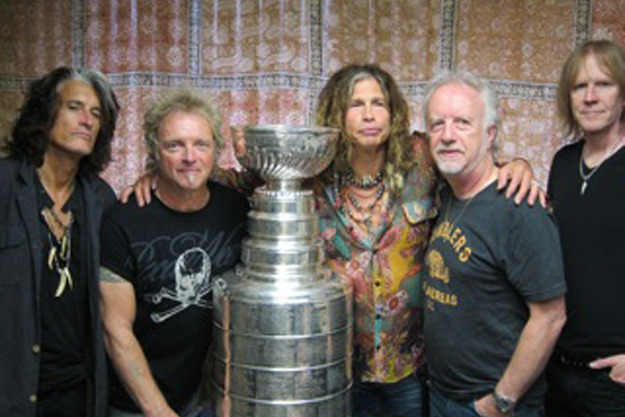 The Stanley Cup was brought to the studio by members of the Bruins’ training staff at the request of Aerosmith’s producer Jack Douglas. It marks the second time the trophy has made its way to Pandora’s Box. In 2003, New Jersey Devils player Jay Pandolfo brought it to the studio, too.