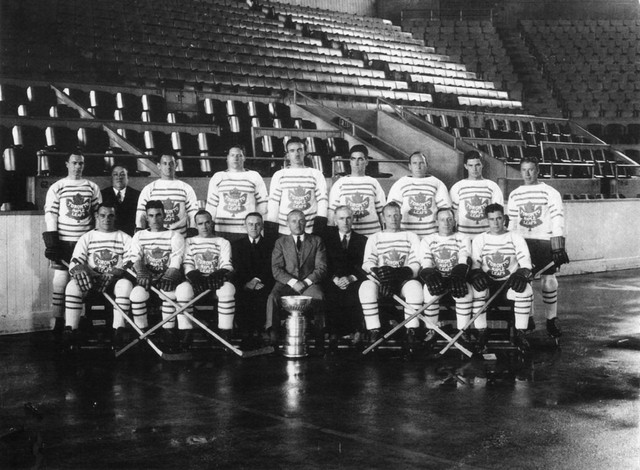 Game 1 was played on April 5, 1932 at Madison Square Gardens. 16,000 fans turned out for the game, which was more of a battle, as 20 penalties were called. The Maple Leafs won the game 6 to 4, and Busher Jackson was the star for Toronto, scoring a hat trick.
Game 2 on April 7, 1932 was played at Boston Garden, where over 12,000 fans watched the game. Madison Square Garden had a circus booked already. The Maple Leafs won this game 6 to 2 with Clancy & Conacher getting 2 goals each.
Game 3 on April 9, 1932 was played at Maple Leaf Gardens in Toronto before a crowd of over 14,000 fans The Maple Leafs scored 6 goals again in a 6 to 4 victory. This series got the name "Tennis Series" because of the game scores. Toronto's coach Dick Irvin made his second straight Finals appearance, having coached for Chicago in 1931.