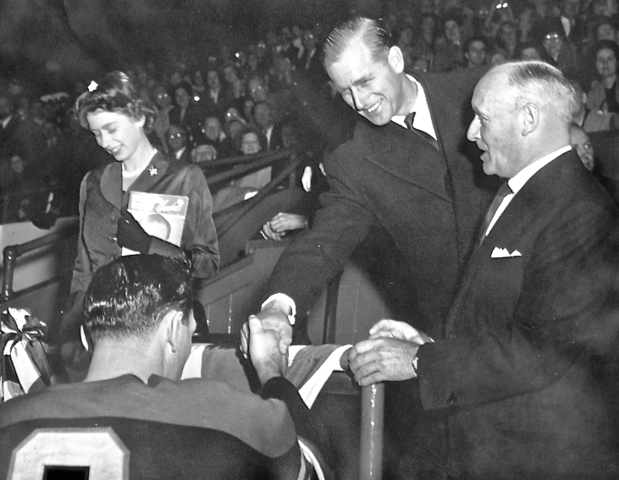 Princess Elizabeth and Prince Philip were at Maple Leaf Gardens on October 13, 1951 to watch the start of a ice Hockey game between the Chicago Black Hawks and the hometown Toronto Maple Leafs.

It was her first NHL game.