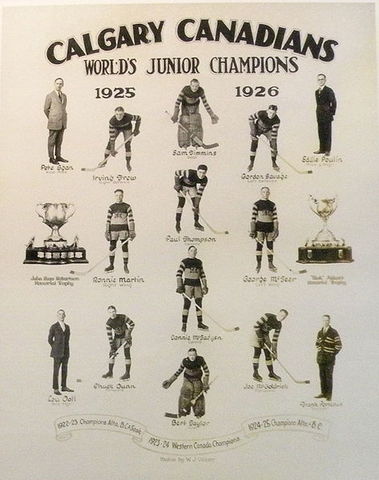 The only Memorial Cup Champion to come from Calgary.
Five players from the 1926 Canadians went on to play in the National Hockey League: Irv Frew, Ronnie Martin, Don McFadyen, Tony Savage and Paul Thompson