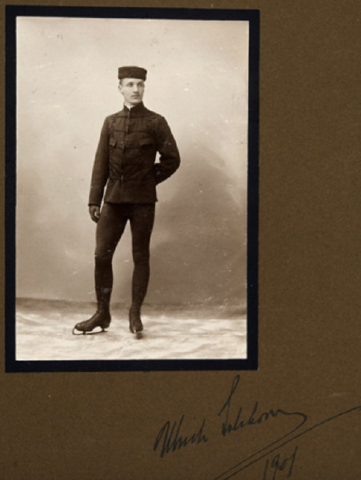 Karl Emil Julius Ulrich Salchow - Born August 7, 1877 – Died April 19, 1949 was a Swedish figure skater, who dominated the sport in the first decade of the 20th century.

In 1909, Ulrich Salchow first landed a jump in competition in which he took off on the back inside edge, and landed on the back outside edge of his other foot. This jump is now known as the Salchow jump in his honor.

After his competitive days, Salchow remained active in the sport, and was president of the International Skating Union (ISU) from 1925 to 1937. Furthermore, he was the chairman of AIK in Stockholm between 1928 and 1939 - the leading Swedish club in football, ice-hockey, bandy, tennis and other sports.