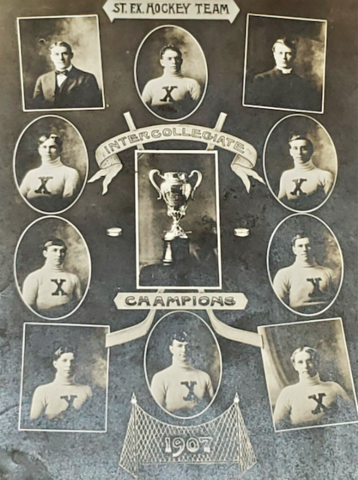 The Hewson Cup was offered by E.E. (Edgar) Hewson / Hewson Woolen Mills, of Amherst, Nova Scotia in 1905, and accepted by a newly inaugurated intercollegiate league in 1906.

The rules stipulated that the team that won the trophy three times would be able to keep the cup permanently. Teams competing for the award included UNB, Acadia, St. Francis Xavier and Mount Allison. In 1908, King's College also joined the league.

St. Francis Xavier was victorious in the first three years, and the league was disbanded in 1909.