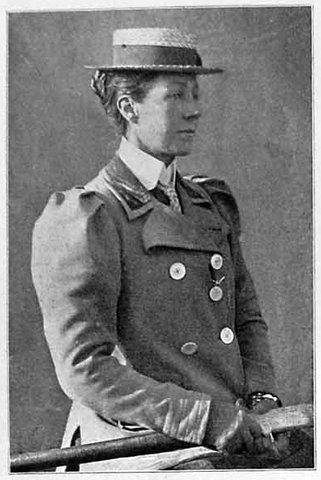 Miss E R Morgan - Team Captain - Richmond Ladies Hockey Club - England - 1901 - Miss Morgan is one of the original members of the Chiswick and Columbine Hockey Clubs - In 1898 and 1899 she played for the South of England, and was a reserve for England vs Ireland - In 1900 she played in the International Team vs Ireland and Wales - Her place in the field is generally right wing forward or centre forward - Her best record of goals is fifty goals in one season for two clubs