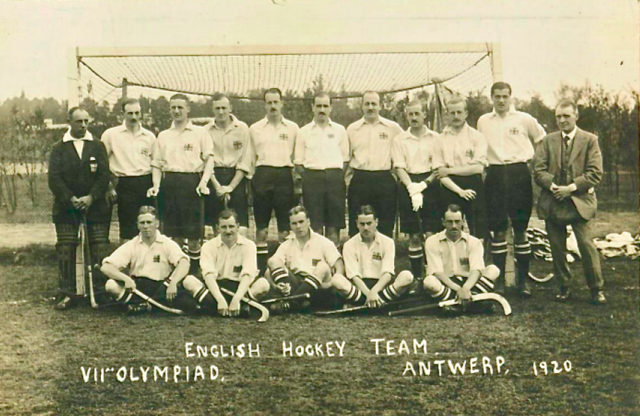 Great Britain and France were to play each other, and should GB win, they would be the champions, but the gold medal was won by virtue of a walkover to Great Britain after France failed to take to the field for the final.

Stories have been told that France invited the Great Britain team out, and they met the night before the match for drinks.

The Ilford Recorder, in an article about Harry Haslam, whose club was Ilford HC, described the affair in 1996. “Great Britain’s opponents invited our lads out on the town – with the intention of drinking them legless.

“The French found their opponents were made of sterner stuff than themselves in the hangover league and the inebriated opposition actually conceded the next day’s final following their mutual night out on the town.”

Another story having the French Team suffering from Spanish Flu / influenza pandemic (February 1918 to April, 1920) effects. The match in question was to be played on September 4, 1920.