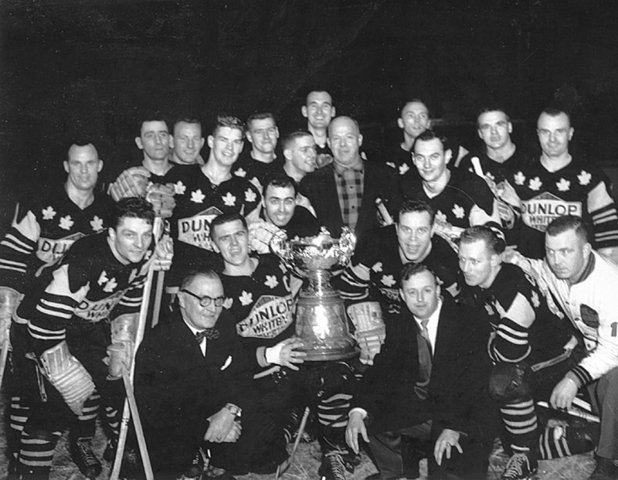 Black and white photograph showing the Whitby Dunlops posing with the J. Ross Robertson Cup (Senior) which they were awarded for winning the All-Ontario Senior A Championship at Guelph.