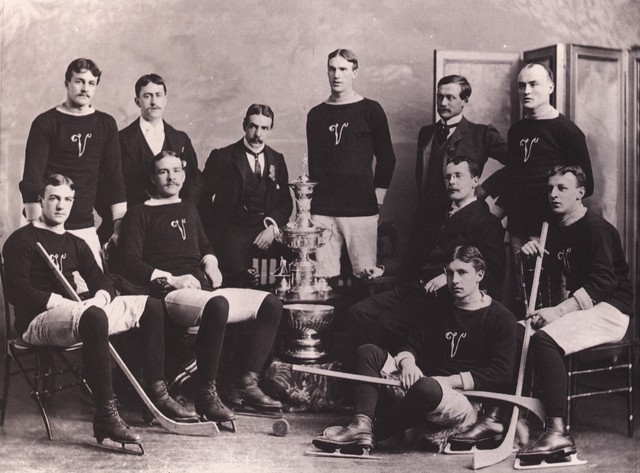 The Montreal Victorias won the AHAC championship in 1895 but were not originally awarded the cup, as the trustees of the cup has already accepted a challenge for the cup, still held by the Montreal Hockey Club, from Queen's University of Kingston, Ontario. The trustees of the Stanley Cup, in a most unusual decision, decided that if Montreal AAA defeated Queen's University to defend the supremacy of the AHAC, the Victoria's, champions of the league that Montreal AAA belonged to, would be awarded the cup! The Montreal Hockey Club did win 5-1 and the Montreal Victorias became holders of the Stanley Cup for 1895.