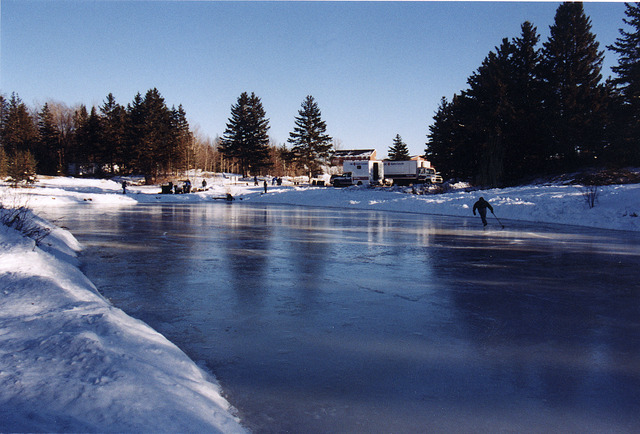 This picture was from Hockey Day in Canada in 2002, celebrating Hockey Night In Canada's 50th Anniversary at Long Pond, Windsor, Nova Scotia. You can see King's School in the background of the picture.

Sidney Crosby received his first national exposure to the Country via satellite interview with Ron Maclean from Long Pond.