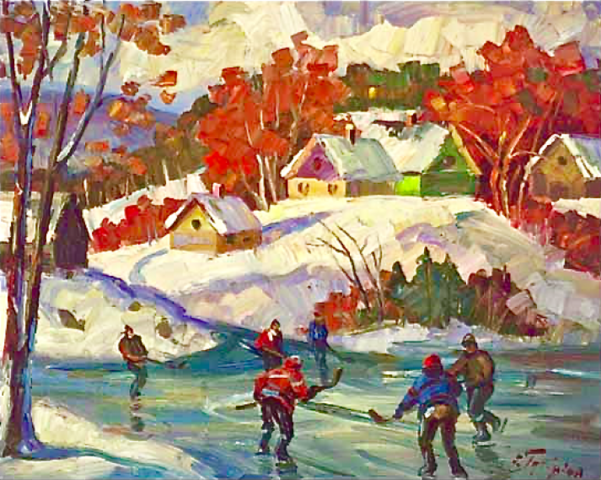 The Tatossian family immigrated to Montreal in 1960.
Armand Tatossian was only six years old when he was first introduced to art by his grandfather, who was an artist and a curator at the Alexandria National Museum of Egypt, and his great-uncle Yeghiche Tatossian was also an artist. His art education was lengthy and international; he studied under Serbian sculptor José Majzner, received instruction from Adam Sheriff Scott from 1966 to 1969 and attended art history classes at McGill University from 1967 to 1969. In 1970, Tatossian travelled to Paris to study under the famous French painter and lithographer Jean Carzou (Karnig Zumulian), naive painter Bernard Buffet, and painter Jansem (Jani Semerdjian). Following the Academy des Beaux-Arts, Mr. Tatossian studied mural technique at the Carrarra Academy in Italy. He later painted with Jean Paul Riopelle in 1975.

His works are known for being expressive, textured, and brightly coloured. He preferred to work directly from nature, painting many landscapes, as well as still lifes and portraits and was very fond of representing Quebec and Canadian landscapes in his works.

In 1973 he became the youngest member accepted into the Royal Canadian Academy, and he taught at Loyola College and Concordia University in Montreal.

He exhibited in North America, Europe and Asia, and his work can be found in the collections of the Montreal Museum of Fine Arts, the National Gallery of Canada, Musée national des beaux-arts du Québec, National Gallery of Athens (Greece), Musée de Saint-Lazaro (Italy), the Fine-Arts Museum of the Republic of Armenia (Armenia), the Presidential Library (Washington DC, USA), and the Armenian Museum of America (Massachusetts, USA), among others.