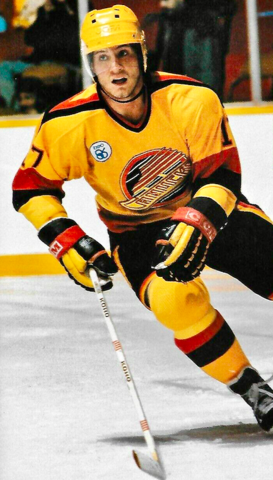 Patrik Sundström was voted the Guldpucken (The Golden Puck) winner in 1981-82 with IF Björklöven as the ice Hockey player of the year in Sweden.