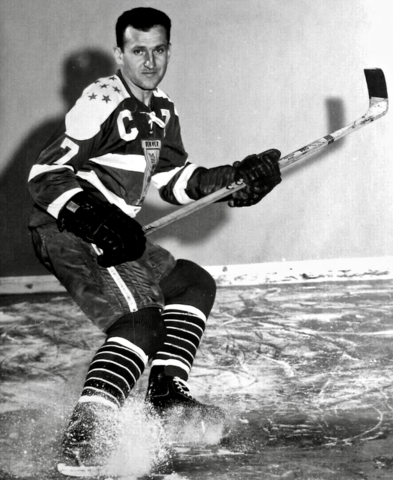 Migay made his NHL debut with the Toronto Maple Leafs on December 1, 1949 vs Detroit Red Wings at Maple Leaf Gardens in a 2-0 Detroit win.

After retiring as a player and coach, Migay joined the Buffalo Sabres as a scout from 1979-80 to 2001-02 and is credited with drafting Dave Andreychuk, Tom Barrasso, Phil Housley, Alexander Mogilny, Darren Puppa and more into the Sabres organization.

Rudy Migay was inducted into the Northwestern Ontario Sports Hall of Fame in 1990.

Rudy Migay was inducted into the Buffalo Sabres Hall of Fame in 2004.