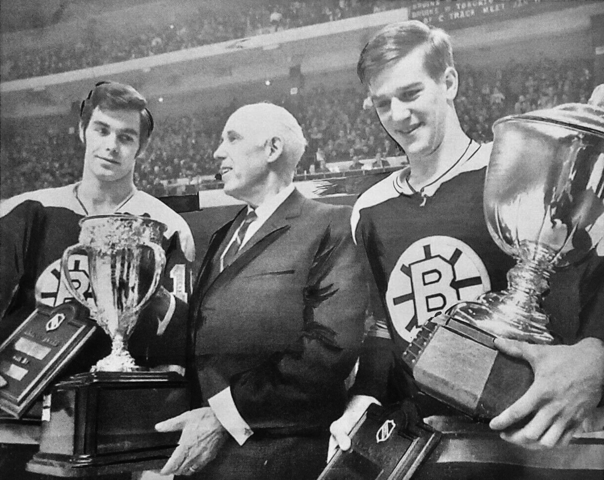 The trophies were presented on December 22 at Boston Garden.

NOTE
This was the 1st year that Bobby Orr won the James Norris Memorial Trophy, and he would win a consecutive 8 times, a NHL record that will probably never be equaled or surpassed.