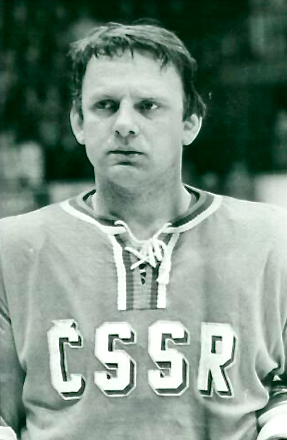 Oldřich Machač was the Flagbearer for Czechoslovakia at the Opening Ceremony for the 1976 Winter Olympics.

Machač played 293 times for Czechoslovakia, second only to Jiří Holík.

At the club level Machač started out playing with TJ Železárny Prostějov in 1957, playing with them through 1965, when he moved to Dukla Košice for two seasons. He then played with TJ ZKL Brno through 1978 before finishing his career with four seasons in Germany with Starbulls Rosenheim / SB Rosenheim, retiring at the end of the 1981-82 season, winning the national championship title in 1982

Oldřich Machač was inducted into the International Ice Hockey Federation Hall of Fame in 1999.