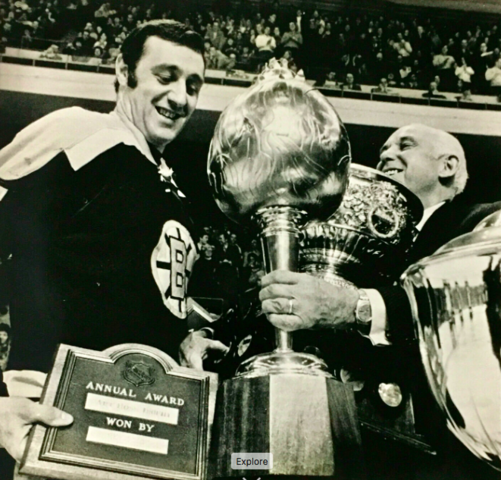 - Art Ross Trophy is for leading the NHL in points at the end of the regular season. Esposito was the 1st player to break the 100 point level, finishing with 126 points (49 goals).

- Hart Memorial Trophy is awarded annually to the "player judged most valuable to his team" in the NHL.