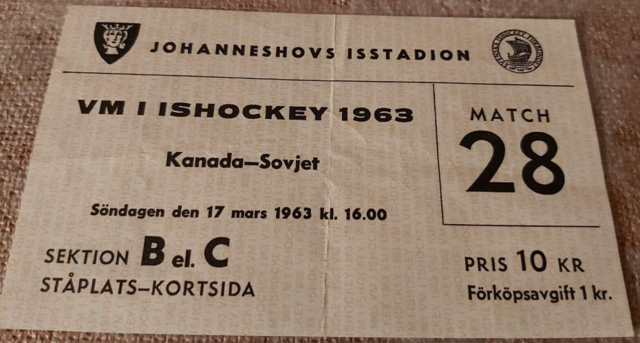 Ticket was for final game of the tournament on March 17, with the Soviets winning 4-2, clinching the Gold Medal, and Canada finished 4th in the tournament.