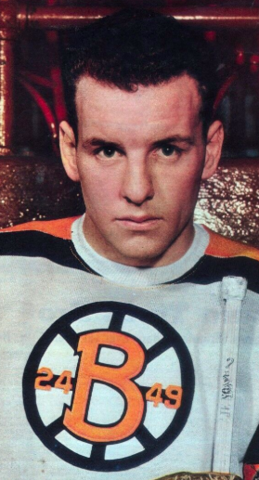 Sandford played his first junior Hockey for the St. Michael's Buzzers in the Ontario Hockey Association / OHA junior B Big Ten league. Sandford led the Buzzers to the 1944-45 regular season league title, and then in the playoffs, he scored 10 goals, 14 assists in 11 games, as the Buzzers won the 1945 Sutherland Cup, as OHA junior champions.

The Buzzers were part of the the St. Michael's Majors program, and Sandford then made the jump to their junior A team. Sandford then helped the Majors win the 1946 J. Ross Robertson Cup as OHA champions, the 1946 George Richardson Memorial Trophy as Eastern Canada champions to reach the 1946 Memorial Cup final.

Sandford, now team captain, then led the OHA in scoring during the 1936-37 season with 30 goals, 37 assists in 27 games, as the Majors lost only 3 games all season, and in the playoffs, with line-mates Fleming Mackell and Les Costello, Sandford scored 12 goals, 12 assists as the Majors won the 1947 J. Ross Robertson Cup as OHA champions, then the 1947 George Richardson Memorial Trophy as Eastern Canada champions. In the Memorial Cup playoffs, Sandford scored 11 goals, 17 assists, leading the Majors to the 1947 Memorial Cup championship. Sandford's last goal, was the Memorial Cup winner, at 10:37 of the 3rd period of game 4.

Sandford was signed by the Boston Bruins for the 1947-48 season, scoring 10 goals, 15 assists in his NHL rookie season.

In the 1953 playoffs, he led all scorers in the playoffs with 8 goals, 3 assists, helping the Bruins reach the 1953 Stanley Cup finals.

Sandford was named to play in the NHL All-Star Game in five consecutive seasons starting in 1951.

His best scoring season was 1954, when he scored 16 goals and 31 assists for 47 points, finishing in the top ten in league scoring, and voted to the NHL Second Team All-Star, one of the lowest scoring forwards to do so in the post-War era.

The next season he was named to succeed the retiring Milt Schmidt as Bruins' captain.

He played eight seasons in all for the Bruins, only to be traded in the 1955 offseason to the Detroit Red Wings with Real Chevrefils, Norm Corcoran, Gilles Boisvert and Warren Godfrey for Terry Sawchuk, Vic Stasiuk, Marcel Bonin and Lorne Davis, June 3, 1955, which at the time was the largest in NHL history to that date.

After playing only four games in Detroit, the Red Wings promptly traded him to the Chicago Black Hawks for Metro Prystai, October 24, 1955. He played his final season in the NHL with Chicago, scoring 12 Goals, 9 assists and retired at seasons end.

For many years after his retirement, Sandford served in various off-ice capacities for the Bruins, as a goal judge, official scorer and eventually supervisor of off-ice officials.