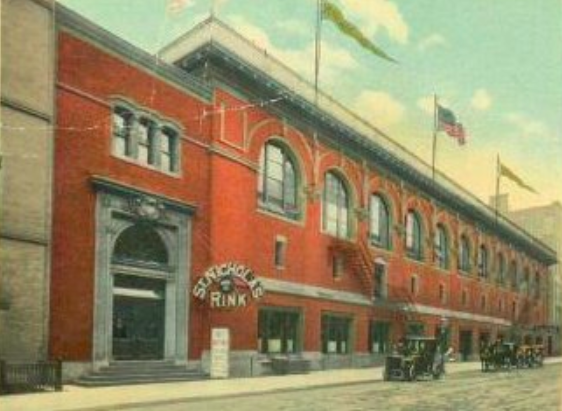 The St. Nicholas Rink opened November 7, 1896, at 69 West 66th Street, on the northeast corner of 66th Street and Columbus Avenue. The builders included Cornelius Vanderbilt and John Jacob Astor. Flagg and Chambers were the architects.

The rink was the home of the St. Nicholas Hockey Club of the American Amateur Hockey League. The league operated its first season in 1896–97. The rink was also the site of numerous exhibitions of Canadian ice Hockey teams both against New York area teams and between the Canadian teams. A challenge between amateur teams of the U.S. and Canada was held there, called the "International Amateur Championship".

On February 26, 1900, the rink was the site of the first ice Hockey game between Harvard University and Yale University, won by Yale 5–4.

The arena was the site of the first game between women's ice Hockey teams in the United States. In 1917, the St. Nicholas team defeated Boston 1–0.