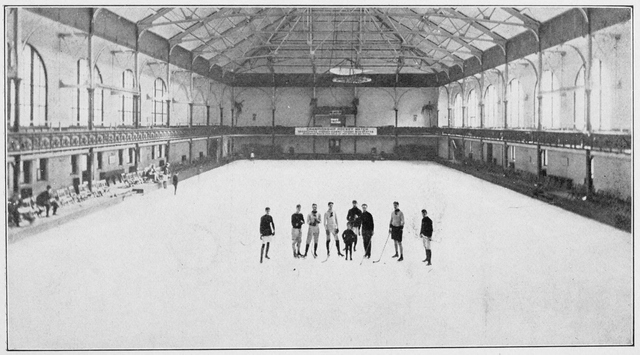 The St. Nicholas Hockey Club & the New York Athletic Club of the American Amateur Hockey League used the arena as their home venue from the 1896–97 inaugural season and onwards. The ice surface for ice hockey games measured 200 feet in length and 90 feet in depth.

Sourced from How to become a skater, Spalding's Athletic Library, 1904, p. 40. Credited to Giannini.