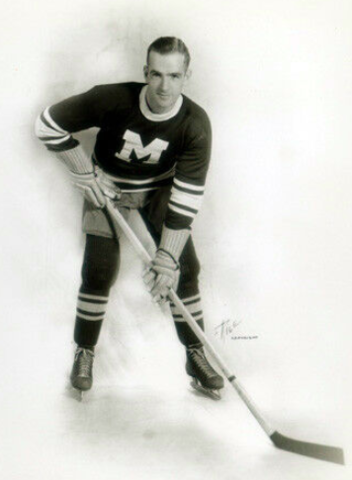 Miller played all his early Hockey in his hometown of Campbellton, playing with the Rink Rats, the the Campbellton Tigers from 1924 to 1932, while also playing for Mount Allison University from 1926 to 1930. While playing for the Tigers, Miller played in his first Allan Cup playoffs in 1926 and again in 1931 with the Tigers.

Miller also played 5 exhibition games for the Fredericton Capitals at the start of the 1931-32 season.

Miller then signed with the senior Moncton Hawks of the Maritime Senior Hockey League / MSHL for the 1932-33 season, and would play for the Hawks until 1935. Miller helped them win the 1933 (1 goal, 6 assists) and 1934 (9 goals, 7 assists) Allan Cup championships, along with winning the 1934 Hamilton B Wills Trophy championship vs the USA team.

Miller started the 1934-35 season with the Hawks, and then signed with the Montreal Maroons where he finished the season, scoring 3 goals, while also playing in 7 playoff games for the Maroons, as they won the 1935 Stanley Cup championship.

Miller started the 1935-36 season with the Maroons, but was sent to the New Haven Eagles of the Canadian-American Hockey League / Can-Am where he played 11 games before being recalled from New Haven by the Maroons to coach in Tommy Gorman's absence, January 3, 1936. He was then traded to the Montreal Canadiens by the Maroons with Toe Blake and the rights to Ken Grivel for Lorne Chabot, February, 1936.

Miller played the 1936-37 season with the Canadiens, scoring 3 goals, 1 assist in 48 games, and also played in 5 playoff semi-final games for Montreal, and retired at seasons end.