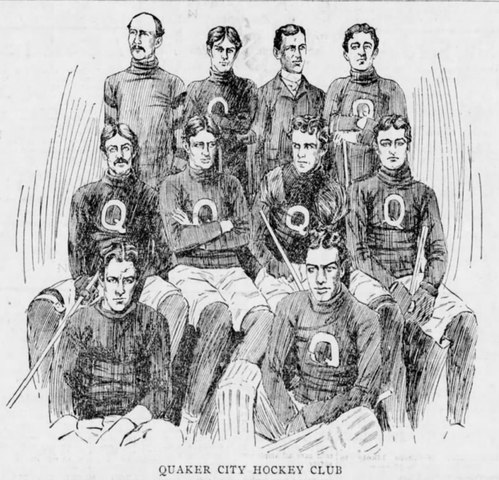 The Quaker City Hockey Club was captained by the Canadian middle distance runner George Washington Orton (1873–1958) and also featured fellow Canadians William Phymister (1874–1954) and Stanley Willett (1877–1940). Both Phymister and Willett would later play for various Pittsburgh teams in the Western Pennsylvania Hockey League (WPHL) between 1899 and 1904.

The team played its home games in the West Park Ice Palace in Philadelphia.

During the 1900–01 season the Quaker City Hockey Club appeared in the American Amateur Hockey League (AmAHL).