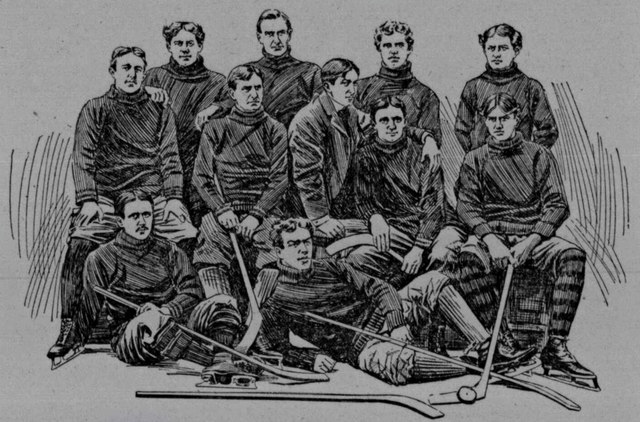 Sketch of the University of Pennsylvania hockey team in 1897. Canadian middle distance runner and Olympic gold medalist George Washington Orton held a prominent place on the Univ. of Penn hockey team, and later on the Quaker City Hockey Club.

Sourced from The Philadelphia Times, Dec. 5 1897. Credited to Unknown.