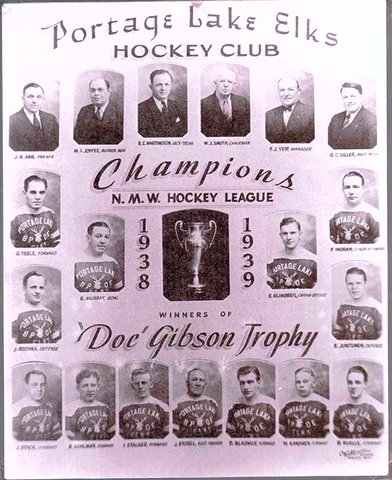 The famous "Doc" Gibson Trophy is one of the most coveted Hockey trophies in the Midwest. It was created in 1938 for the Champion of the Northern Michigan-Ontario professional Hockey league.

The Cup is named after Doctor John L. Gibson, who was a player-coach and leading scorer for the Portage Lake teams from 1900 to 1905 including the World's Champion Hockey Portage Lake Hockey team in 1904. Gibson then helped organize the World's first Professional Hockey League with 5 teams playing 3 seasons 1904-07: the Portage Lakes, Calumet, Soo America, Soo Canada and Pittsburg.