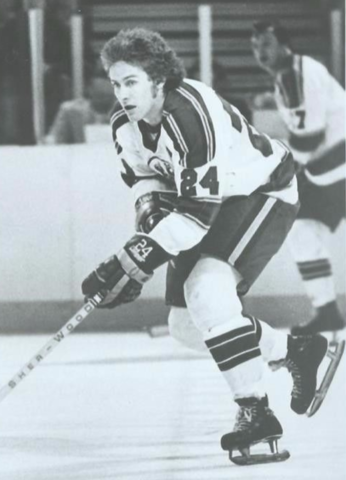 Gilbert played junior B Hockey with the Hamilton Kilty B's before joining the Hamilton Red Wings of the OHA in 1969, playing for the Red Wings until 1972.

Gilbert was chosen 46th overall by the Montreal Canadiens in 1972 NHL amateur draft after a 33-goal season in Hamilton. Gilbert settled in with the AHL's Nova Scotia Voyageurs but his chances of breaking into the Canadiens powerful line up were slim.

In June, 1974 Gilbert was claimed by the Kansas City Scouts from Montreal in the NHL Expansion Draft, He scored 16 goals as a rookie and often formed a useful line with Randy Rota and Lynn Powis. After a slow start the next season his ice time was reduced and he was traded to the Pittsburgh Penguins. He played 38 games for the Penguins, but saw most of his ice time with the AHL's Hershey Bears, where he scored 20 goals, 29 assists in the 1976-77 season.

After sitting out a year, Gilbert played 29 games for the WHA's Cincinnati Stingers in 1978-79 before retiring for good.