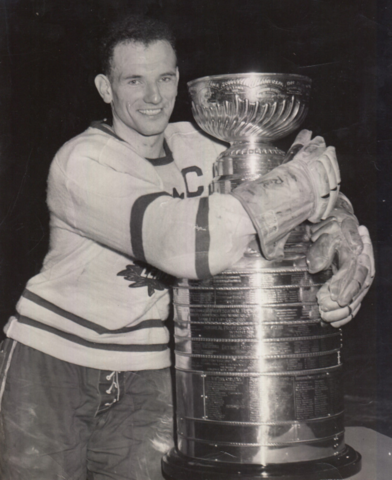 Kennedy played his entire career with the Toronto Maple Leafs from 1943 to 1957 and was captain for eight seasons.

Teeder Kennedy was the first player (along with Turk Broda) in NHL history to win five Stanley Cups and is the last Maple Leaf to win the Hart Trophy for most valuable player.