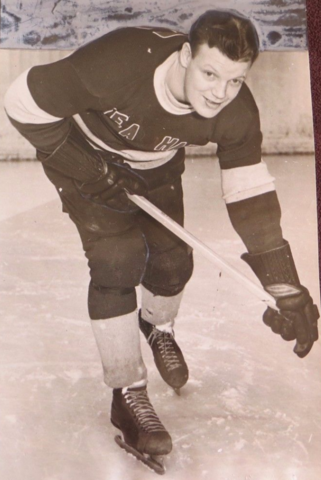 McAdam moved to Winnipeg, Manitoba in his youth. He played junior with the Winnipeg Tammany Tigers in 1925-26 then joined the Elmwood Millionaires and the the city's Winnipeg CPR senior Hockey club.

In 1928-29 he scored ten goals as a rookie pro with the Vancouver Lions of the PCHL. He was a regular with the club until he was sent to the New York Rangers for cash in January, 1931.

McAdam went scoreless in his 5 game NHL stint with the Rangers, and finished the season with the Detroit Olympics of the International Hockey League / IHL, then the IHL Springfield Indians the following season.