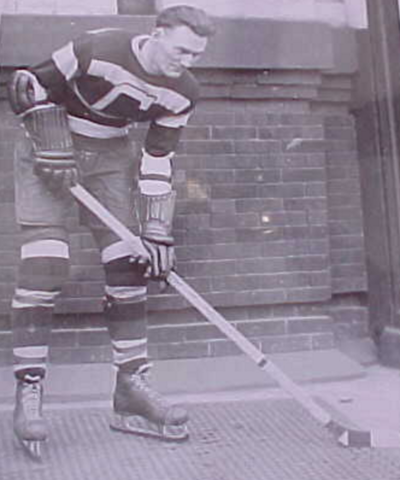 Briden grew up playing Hockey in the Haileybury, Ontario area, and first played senior Hockey in the mining leagues of Cobalt and Haileybury in Northern Ontario (Cobalt Mines, Haileybury Rexalls) from 1912 to 1915.

Briden then joined the Cleveland Indians for the 1915-16 season, and then signed with the NHA Toronto Blueshirts in 1916, where In 13 games, Briden scored four goals and 2 assists.

Briden then served in the Canadian military from 1916 to 1919 in World War I, playing Hockey for the Toronto 228th Battalion (nicknamed the Northern Fusiliers).

After the war Briden went west to play for the Edmonton Eskimos of the Alberta Big Four League from 1919 to 1921, scoring 30 goals and 15 assists over the 2 seasons.

Briden then signed with the Seattle Metropolitans of the Pacific Coast Hockey Association / PCHA, playing there for 3 seasons from 1921 to 1924, before being traded to the PCHA Victoria Cougars for cash on January 17, 1924.

Briden was traded by Calgary in the off season to the NHL Boston Bruins, where he played in 16 games before being traded to the Detroit Cougars by Boston with Duke Keats for Harry Meeking and Frank Fredrickson, January 7, 1927, finishing the season in Detroit.

Briden was then traded to New York Rangers by Detroit with Harry Meeking for Stan Brown, October 10, 1927, being sent down to their affiliate team, the Philadelphia Arrows of the Canadian-American Hockey League / Can-Am. Briden scored 25 goals and 8 assists in 2 seasons with the Arrows.

Briden was traded to the NHL Pittsburgh Pirates by the Rangers (Philadelphia - Can-Am) for cash, October 8, 1929, then traded again to the London Panthers of the International Hockey League / IHL by Pittsburgh for cash, January 27, 1930, finishing the season there.

Briden was then traded to the IHL Cleveland Indians by London for Don Goodwillie, Roy Colquhoun and future considerations on December 12, 1930, and finishing his pro career there, retiring at the close of the 1931-32 season.

In his NHL career, Briden played in 71 games, scoring 9 goals and 5 assists, with 56 minutes in penalties.