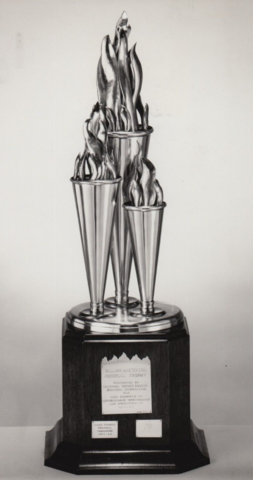 Original image after it was 1st awarded to Montreal Canadiens Claude Provost for the 1967-68 season.

The Bill Masterton Memorial Trophy is awarded annually to the National Hockey League player who best exemplifies the qualities of perseverance, sportsmanship, and dedication to ice hockey. The winner is selected by a poll of the Professional Hockey Writers' Association after each team nominates one player in competition. It is often awarded to a player who has come back from career– or even life-threatening illness or injury.