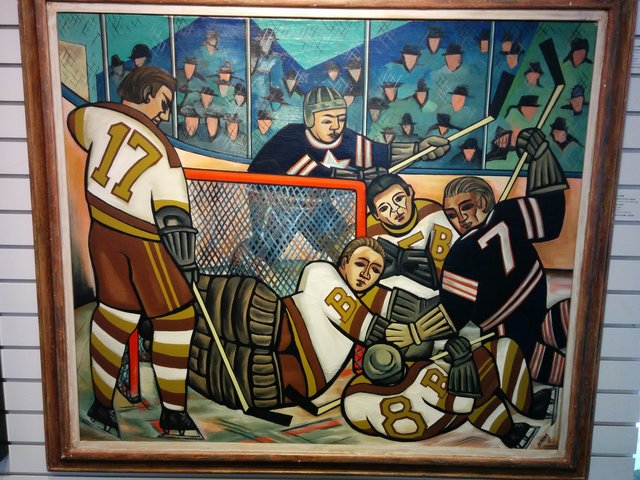 This scene depicts the Boston Bruins, winners of the 1941 Stanley Cup, in a valiant struggle to defend their goalie. Player #17 is Bobby Bauer, #8 Des Smith, and the figure that seems to be player #5, whom we can just see at the back of the melee, is either team captain Aubrey “Dit” Clapper or player #15, Milt Schmidt. Bruins goalie #1 Frank Brimsek dives into the net. The 1941 Stanley Cup semifinals featured the Boston Bruins against the Toronto Maple Leafs, but not enough detail is seen of the opposing team’s jerseys to be certain of the match depicted.

Capturing a rare moment in art and sport history, Hockey Melee is an outstanding work, depicting the rough-and-tumble of the struggle at the goal line with strength and surety.