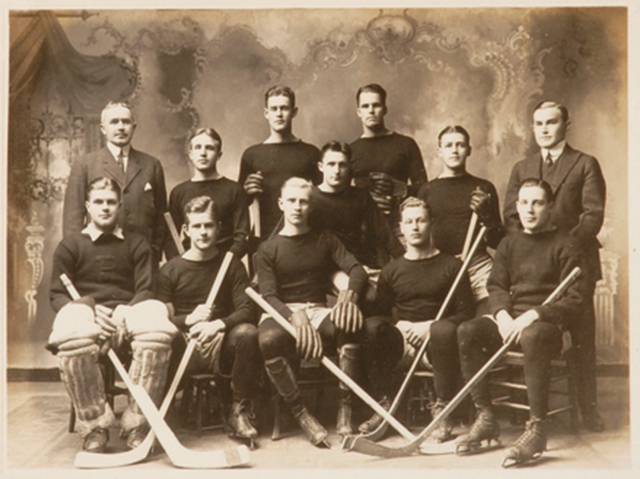 Princeton won the championship of the Intercollegiate Hockey League by defeating Yale 4 to 1 in the St. Nicholas rink, New York, on January 27, 1912

The Yale team played a remarkably good defensive game, but the brilliant shooting of Baker again proved too much for them. Neither side was able to score during the first half, although many times only the clever work of Carhart, the Yale goal-keeper, prevented Baker from scoring. Yale's first and only tally came early in the second half, Cox shooting the goal. A little later, Baker of Princeton secured the puck from the face-off, carried it the length of the rink, and scored unassisted. Three more goals, one by Captain Kay of Princeton and two by Baker, completed the scoring. Baker shot his last score after he had tripped and fallen directly in front of the Yale goal