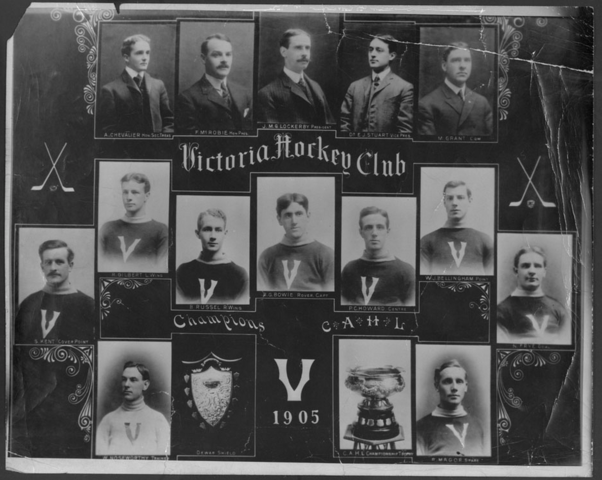 The 1905 Canadian Amateur Hockey League (CAHL) season was the seventh and final season of the league. Teams played a ten game schedule.

Montreal Victorias won the season with a record of 9–1, but could not make a satisfactory arrangement with the Stanley Cup trustees and would not play in a challenge against Ottawa. The Victorias were granted a best-of-three series by the trustees, but declined, demanding a sudden-death game or two-game, total-goals series, which was not agreed to by the trustees.

The team's logo was that of the Victoria Skating Club, a yellow or white 'V' in cursive. The team's sweaters were maroon in colour.

The CAHL itself folded in 1905 and the team helped found the Eastern Canada Amateur Hockey Association. The league allowed amateurs and professionals to play against each other openly. The Victorias played in the league for two years as a purely amateur team leaving the ECAHA after the 1908 season to focus on amateur play.