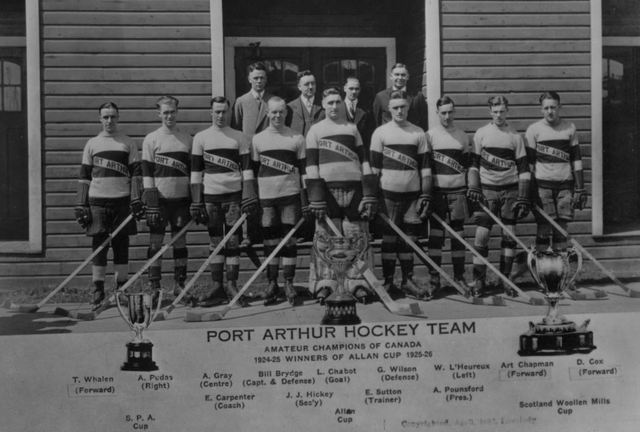 The 1926 Allan Cup final is still regarded as the finest Allen Cup ever played.

Game 1 finished with Port Arthur winning 1 to 0. Game 2 saw the University of Toronto Varsity Blues win the game in overtime 2 to 1.

The deciding game was tied 3 to 3 after referees called the game when 3 overtime periods were completed.
The make-up game finished 2 to 2, and had to also go into overtime. It was in the second overtime when Port Arthur scored to win the Allan Cup, and devastated the home team and fans.