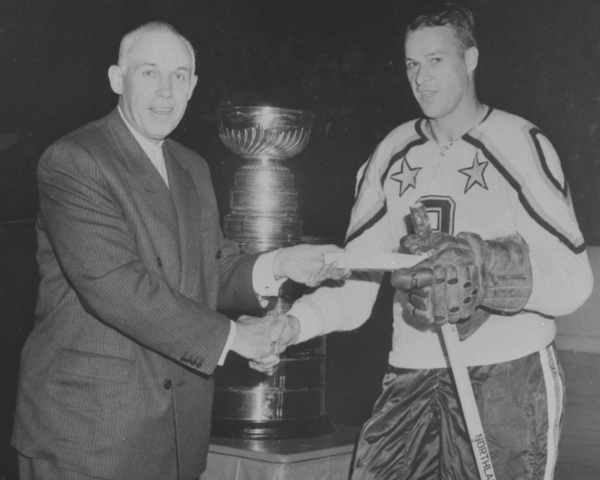 The hometown Toronto Maple Leafs defeated the NHL all-stars 4–1, and Howe scored the only goal for the All-Stars against Johnny Bower.

The original Stanley Cup was on display before and after the game.