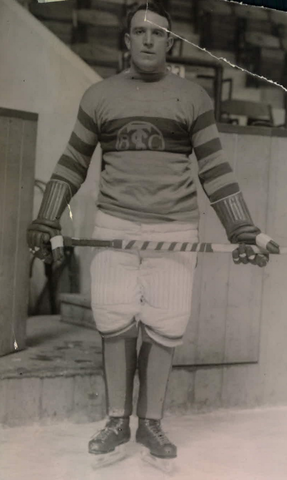 Skilton played one game in the National Hockey League for the Montreal Wanderers on December 21st, 1917. The Wanderers lost 11-2 to the Montreal Canadiens.

Skilton, who was a munitions expert that the US government posted in Montreal and expressed his eagerness to play the game in Montreal, which led to him offering the Wanderers just one dollar to play in the December 21, 1917 game. The Wanderers had already known that Skilton had been playing in the American Amateur Hockey League based in New York City the past 6 seasons prior to signing the 1 game contract.

In 1918-19 military service kept Skilton off the ice and when his obligations were finished he did not return to Hockey. After a year of retirement Skilton laced up the skates again and joined the Boston Shoe Traders of the United States Amateur Hockey Association where he played his final 3 years of Hockey.