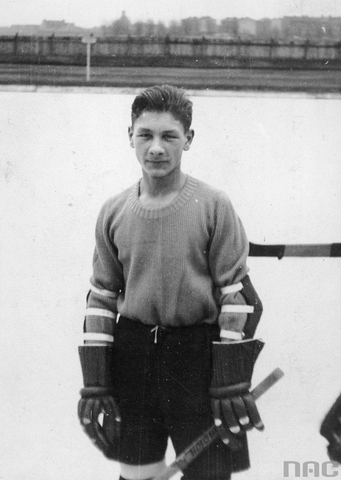 In 1934 he graduated from the Technical School - Faculty of Civil Engineering. In 1949, the Academy of Mining and Metallurgy in Kraków gave him the rank of engineer builder in the field of architecture. He headed the social construction committee of a artificial ice rink in Kraków (opened in 1961 ).

He was awarded: Army Cross , Knight's Cross of the Order of Polonia Restituta Polish and Medal Cracoviae Marenti . In 1994 he was awarded the medal Kalos Kagathos .

March 13, 2013 Kraków City Council adopted Resolution No. LXIX/1002/13. At the request of the Committee on Culture, Promotion and Protection of Monuments saved in print No 1160 decided that the square next to the ice rink Cracovia will bear the name Czesław Marchewczyk