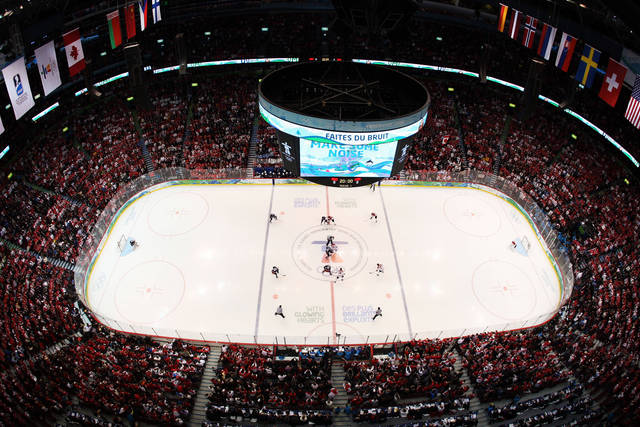 An overhead view as the puck drops to begin the 2010 Olympic Hockey gold medal game between Team Canada and Team USA.

As the game gets underway, 27.6 Americans and 16.6 million Canadians tune in on television. It's the biggest TV audience in Canadian history and the second-largest U.S. audience for a Hockey game.

Sourced from http://proicehockey.about.com/. Credited to Harry How.