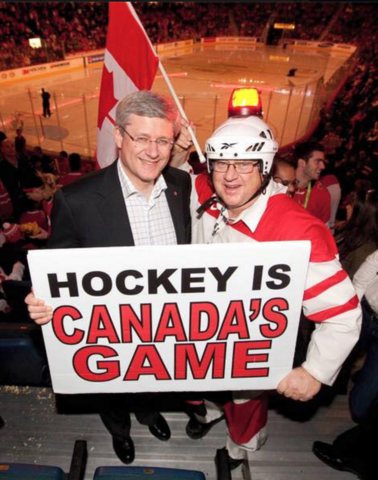 Dave Ash passed away on Sunday February 28, 2016, 6 years to the day that he handed Sydney Crosby the Huge Canadian Flag at the Gold Medal Game at the 2010 Winter Olympics.

The flag was skated around the arena after the Gold Medal game by every member of the Canadian Men's Ice Hockey Team, who were victorious with their historic OT win.

"I was flying this huge, 6-foot by 12-foot flag, and he asked to borrow it. I had no idea this was going to happen," Ash told CTV News at the time. "Next thing you know Crosby's got it, Luongo's got it and it's on the front page of The New York Times."

Dave Ash would later donate the flag the the Hockey Hall of Fame in Toronto, Canada, and is now on display with the Golden Goal Puck that was scored by Sydney Crosby.