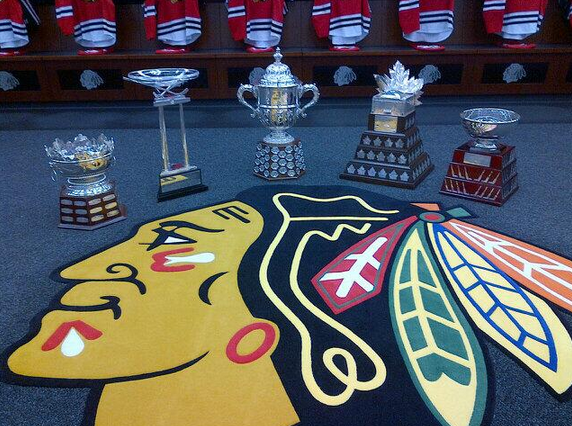 The Frank J. Selke Trophy is awarded annually to the National Hockey League forward who demonstrates the most skill in the defensive component of the game. The winner is selected by a poll of the Professional Hockey Writers' Association following the regular season

Presidents' Trophy - The Presidents' Trophy was presented to the NHL in 1985-86 by the League Board of Governors to recognize the team compiling the top regular-season record. In case of a tie, the team with the most wins is awarded this annual trophy.

Clarence S. Campbell Bowl - This trophy was presented by the member clubs in 1968 for perpetual competition by the NHL in recognition of the services of Clarence S. Campbell, President of the NHL from 1946 to 1977. Since 1994, the trophy has been presented to the playoff champion in the Western Conference.

Conn Smythe Trophy - In 1964, Maple Leaf Gardens donated the trophy for presentation to the most valuable player in each season's playoff competition.

William M. Jennings Trophy - This trophy was presented in 1981-82 by the NHL Board of Governors to honour the late William M. Jennings, longtime governor and president of the New York Rangers and one of the key builders of hockey in the U.S. It is awarded annually to the goalkeeper(s) having played a minimum of 25 games for the team with the fewest goals scored against.