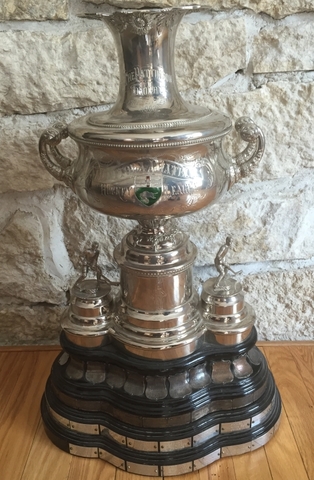 This trophy in clearly engraved Pattinson Trophy, but it seems all the Hockey people seem to get it wrong in Manitoba, and refer to it as the Pattison Trophy.

"ENGRAVED AT THE TOP"
The Pattinson Trophy
Presented 1903