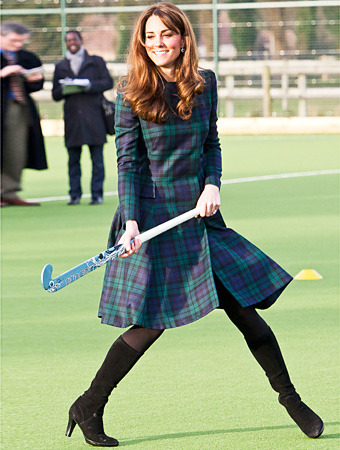 The Duchess of Cambridge has gone back to school.
The royal, formerly known as Kate Middleton, played Hockey and revealed her childhood nickname -- Squeak -- when she returned to her elementary school for a visit - Kate told teachers and students at the private St. Andrew's School in southern England that her 10 years there were "some of my happiest years." She said she enjoyed it so much that she had told her mother she wanted to return as a teacher - Kate attended the school from 1986 until 1995, and captained the hockey team at her high school, joined a group of 12-year-olds for a training session in a green-and-blue Alexander McQueen tartan coat and three-inch-high boots