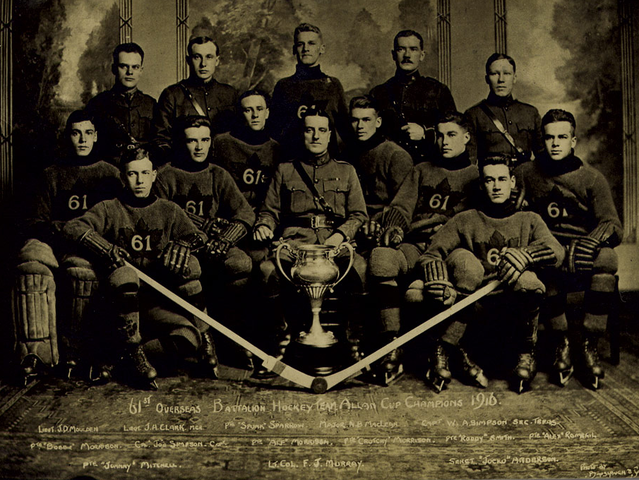 In the 1915-16 season the Allan Cup was won by a military team, the 61st Battalion, based in Winnipeg, Manitoba.

After the war Jocko Anderson would win a Stanley Cup with the Victoria Cougars in 1925.
Four members of the battalion team would eventually make it to the National Hockey League including John 'Crutchy' Morrison, Emery 'Spunk' Sparrow and Hal Winkler. The fourth was the great 'Bullet Joe' Simpson; he played six years for the New York Americans, won a Stanley Cup with the Americans and was elected to the Hockey Hall of Fame.