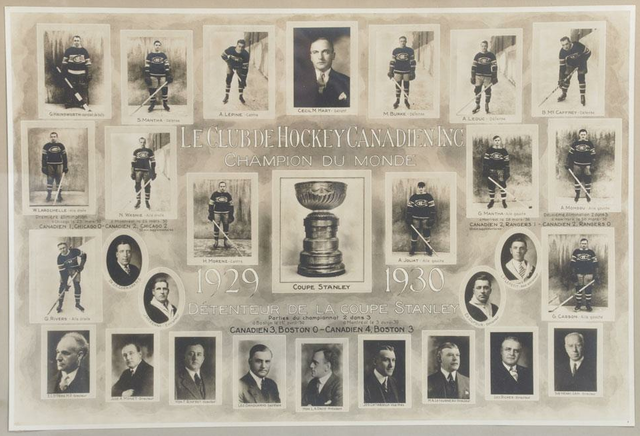 The defending Stanley Cup champion Boston Bruins had an outstanding season. Their final record of 38–5–1 translates to an .875 winning percentage, the best in NHL history.
The team did not lose two games in a row all season, until being swept by the Montreal Canadiens.
This prompted the change for the following year in the Finals format to a best-of-five format.

The final was a best of three series.
The Canadiens had lost all four of their regular-season meetings with the Bruins until the playoffs.
Game 1 played on April 1, 1930 at Boston Garden before 16,000 fans, saw George Hainsworth shutting out the Bruins 3 to 0.
Game 2 played at Montreal Forum on April 3, 1930 was a real thriller. The Canadiens scored 3 straight, and then it was the Bruins turn to score 3 before Howie Morenz would score the Championship winner in the second period. The final score 4 to 3 for Montreal and the new Stanley Cup Champions.