Tex Rickard - Dressed as a Goalie for New York Americans - 1925 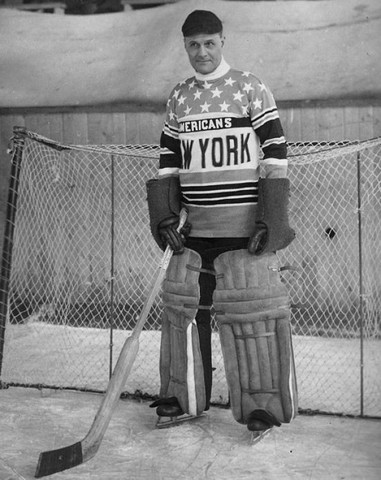 Tex Rickard was awarded an NHL franchise in 1926 to compete with the now-defunct New York Americans. The team was immediately dubbed "Tex's Rangers", and the nickname stuck. "Tex's Rangers" were an immediate success, winning a division title in their first season and the Stanley Cup in their second season.
Builder of the third incarnation of Madison Square Garden in New York City, and opened "Boston Madison Square Garden," better known as the Boston Garden in 1928.