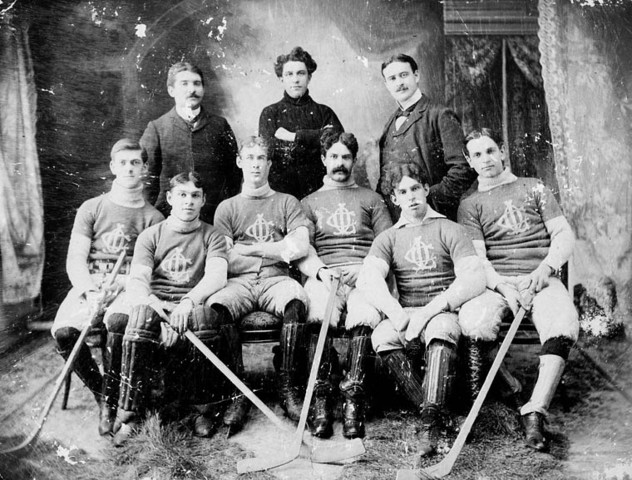 Orillia played in the "Northern League" with Midland, Coldwater and Waubaushene between 1895-98. From 1899-1902 they joined the OHL, only making the playoffs once and exiting early. However, they were lacrosse players. Led by Curran (seated third from left here) they won the Ont Intermediate championship for Orillia in 1898. They then challenged and trounced the Ont Senior champions 11-1! It was the first and only time that happened until 1922.