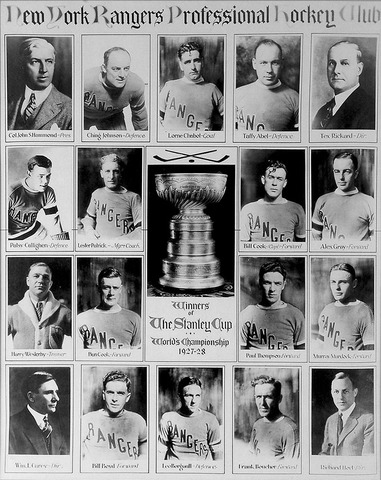 The Series had to be played in Montreal, as the circus had taken over New York's Madison Square Garden.

The Rangers lost their goalie Lorne Chabot to eye injury in the second game. In one of the most famous incidents in hockey history, 44-year-old coach Lester Patrick took over with the recorded words "Boys, don't let an old man down," and his efforts inspired the Rangers to a 2–1 victory in overtime. Patrick became the oldest person to play in the Stanley Cup finals (44 years-3 months-10 days old), a record which remains unsurpassed to this day.
For the remaining matches, the New York Rangers hired New York Americans goalie Joe Miller, who won two games including a shutout