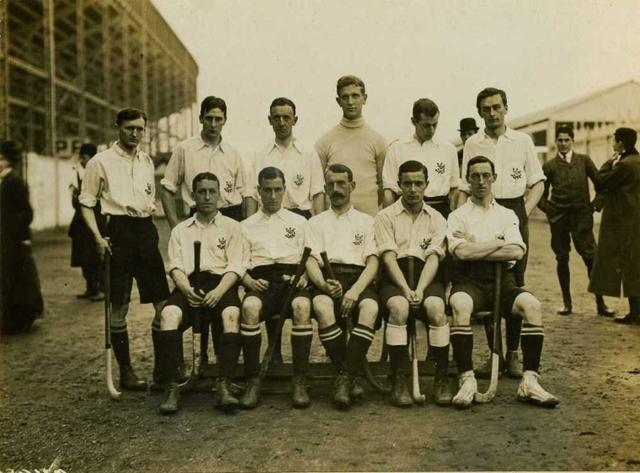 The official report ceases its description of the game after England took the lead 5–1, saying only that "by this time England had taken control of the game and won with eight goals to one" vs Ireland.

Stanley Howard Shoveller also won a Field Hockey Gold Medal at 1920 Olympics at the age of 39.

John Yate Robinson was Captain of the Oxford University Hockey Team, which he played on from 1905 to 1909.

Louis Charles Baillon is the only Falkland Islander to become an Olympic Champion.