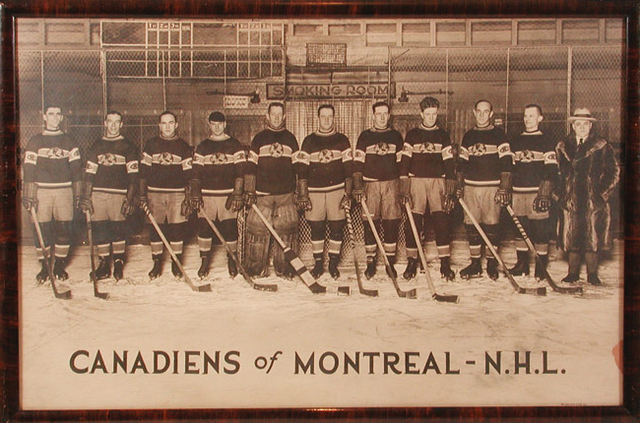 The Montreal Canadiens defeated Vancouver Maroons on March 18, & 20, 1924, and then the Calgary Tigers on March 22, 1924 with a score of 6 to 1, and on March 25, 1924 with Georges Vezina getting a shutout in 3 to 0 victory. The final game had to be played in the Ottawa Auditorium in Ottawa, due to very poor ice conditions in Montreal. The 1924-25 Montreal Canadiens following their Stanley Cup Championship. As "Champions of the World", the Canadiens sported uniforms with a World Globe on the front and the "CH" logo on the sleeves.

NOTE : Louis A Letourneau was the 1st person to have his name misspelled on the Stanley Cup - H.A. LETOURNEAU