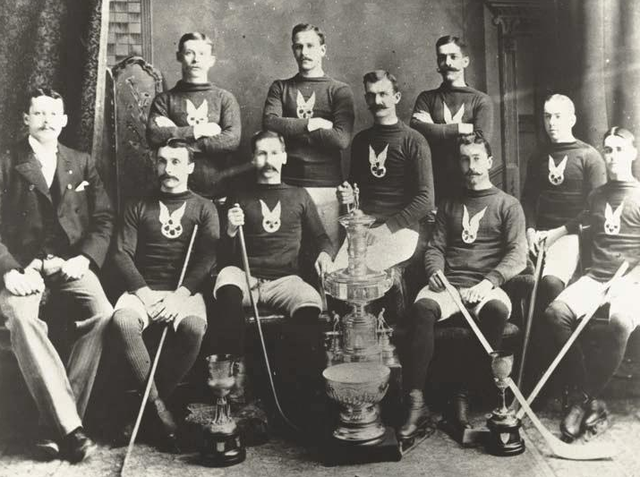 This image was originally taken in 1894 in the Montreal AAA Clubhouse featuring the Champion Team of 1893 and their Trophy Collection including the Dominion Hockey Challenge Cup ("The Stanley Cup").